He was one of seven children born into a prosperous silk merchant and a noblewoman originally from Provence, France. Francis lived the high-spirited life typical of a wealthy young man.

In 1204, a serious illness led him to a spiritual crisis. A strange vision made him return to Assisi, deepening his ecclesiastical awakening. On a pilgrimage to Rome, he joined the poor in begging at St. Peter’s Basilica, an experience that moved him to live in poverty. Francis returned home, began preaching on the streets, and soon gathered followers.

While he was praying on the mountain of Verna, during a forty-day fast in preparation for Michaelmas (September 29), Francis is said to have had a vision or about September 14, 224, the Feast of the Exaltation of the Cross, as a result of which he received the stigmata. Brother Leo, who had been with Francis at the time, left a clear and simple account of the event, the first definite account of the phenomenon of stigmata. “Suddenly he saw a vision of a seraph, a six-winged angel on a cross. This angel gave him the gift of the five wounds of Christ. Suffering from these stigmata and from Tachoma, Francis received care in several cities to no avail. In the end, he was brought back to a hut next to the Porziuncola. Here , in the place where it all began, feeling the end approaching, he spends the last days of his life dictating his spiritual Testament. Poverty was so central to his character that in his last written work, the Testament, he said that absolute personal and corporate poverty was the essential lifestyle for the members of his Order. He believed that nature itself was the mirror of God. He called all creatures his “brothers” and “sisters,” and even preached to the birds.

He is often portrayed with a bird, typically in his hand.
He died on the evening of Saturday, October 3, 1226.
On July 16, 1228, he was pronounced a saint by Pope Gregory IX.
His feast day is October 4th.

Rectory Office hours are Monday – Friday 8AM to 1PM

2020 How to Report an Incident 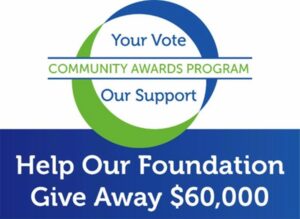